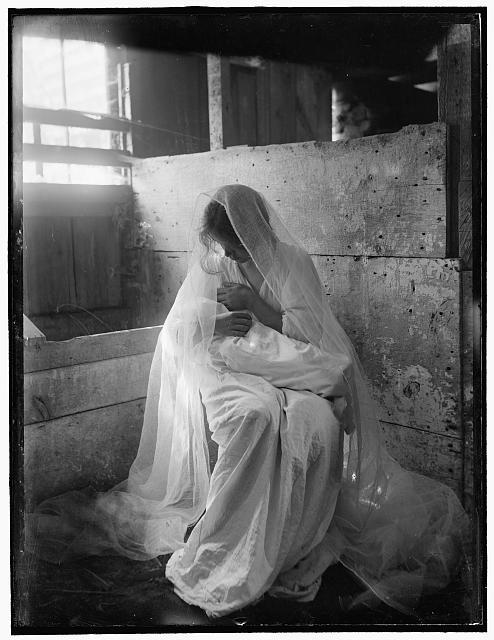 Now when John heard in prison about the deeds of the Christ, he sent word by his disciples and said to him, â€œAre you the one who is to come, or shall we look for another?â€ This question has been the source of debate for many a preacher. The nearly universal opinion is that John wanted his disciples break ties and attach themselves to Jesus. He sent them with a baited question, knowing that Jesus would spring the trap.

In more recent years, theologians have begun to take Johnâ€™s question more literally, suggesting he doubted that Jesus was who he said he is. Perhaps John wasnâ€™t so sure that the one who caused him to leap in Elizabethâ€™s womb is truly the Lord, as his mother confessed? Perhaps John wasnâ€™t so sure that Jesus truly was â€œthe lamb of God who takes away the sin of the worldâ€ as he had so boldly confessed? Perhaps the voice that he heard from heaven â€œthis is my beloved Son in whom I am well pleasedâ€ or the Spirit descending as a dove were tricks of his imagination?

No, John knew perfectly well who Jesus was. He was willing to suffer imprisonment, pain, and even death for the sake of Him. He had heard from prison of the healing of the leper, the stilling of the storm, the raising of Jairusâ€™ daughter and the widowâ€™s son at Nain. The whole region of Galilee was abuzz with word of this Jesus. He healed those in pain, cast of foul demons, cured those with seizures, and even made the lame to walk. No doubt blind received sight and deaf their hearing.

John already knew and believed. His confession was validated by Jesusâ€™ great deeds. The Lamb of God was doing the Lambâ€™s job. He was healing and forgiving, just as John expected. The problem is: Johnâ€™s own disciples werenâ€™t so sure. They are dedicated disciples of their man but to leave him and follow another? Now, thatâ€™s asking alot.

Or perhaps they loved the spectacle? All Galilee and the surround region flocked to be baptized by their man. They waited with baited breath for his latest tiradeâ€”reaming them out for their idolatry, their forsaking the Law, their total lack of love for God.

And what of the multitudes who came for Johnâ€™s baptism? What did you go out into the wilderness to see? A reed shaken by the wind? â€¦ A man dressed in soft clothing? â€¦ A prophet? What do they expect of John? Do they expect more of him than he can possibly give? Do they put their hope in John and not in the one who comes after him? This is he of whom it is written, â€œBehold, I send my messenger before your face, who will prepare your way before you.â€ John prepares for the one to come.

Whatever caused them to latch onto John, it was time to latch on to the one to come. Thatâ€™s the point, isnâ€™t it? John prepares for Jesus who is. â€œAre you the one who is to come, or shall we look for another?â€ John knew full well Jesus is the one but those disciples didnâ€™t. They liked the old way. They preferred dwelling in darkness and the shadow of death to light and life. They preferred sackcloth and ashes to brilliant garments and holy oil.

John said: Repentâ€”the kingdom of heaven is near. Repentance is a a change of mind and body. It is to say auf wiedersehn to your affection of riches, to bid fond adieu to the relentless pursuit of stuff. Repentance is saying adios to your compulsion to please yourself and rather to love what pleases your Heavenly Father. It is to say sayonara to your greed, your murderous hate, your idol worship, your lust, your foul tongue, and your backbiting.

This is all necessary. It cannot be avoided or forsaken and remain a Christian. But John is not enough. The rules are not enough. Godâ€™s holy Law is never good enough. Its never enough for you to know your sin and to try to do better. Where does that leave you? In death and misery. Even if this holy Law causes you to confess your wickedness, to sell all your possessions, and flee to the wilderness of poverty, what has that gotten you? Now, youâ€™re poor, miserable, and alone with your sin.

This is the work of the law. This is the work of John. He knows his calling: to make straight the way for the Lord. The final word is not repent. For repentance is nothing if were not for Jesus. To repent and declare your unworthiness before God is a sure fire way to be killed, destroyed, or simply left out to die, apart from Jesus.

John wants you know Jesus. The horrible curse of the Law is meant to show you the way to the Gospel. â€œAre you the one who is to come, or shall we look for another?â€ And Jesus answered them, â€œGo and tell John what you hear and see: the blind receive their sight and the lame walk, lepers are cleansed and the deaf hear, and the dead are raised up, and the poor have good news preached to them.â€

Thatâ€™s something the old way of John can never give. Thatâ€™s something only Jesus can give. John preaches a baptism of repentance and Jesus comes with a baptism of new birth. John shows you your blindness to the ways of God, you crippled life, you leperous flesh, your deafness to the Word, and the death you deserve. Its nothing but bad news. Its complete honesty about who you are.

But John is not the end. He wants you to know Jesus. Jesus gives your eyes to see Him, face to face, flesh and blood. He gives you feet to go into the world with Him. If cleanses you of the lusts and passions of the flesh. He gives you ears to hear Godâ€™s holy Word. He gives you tongues to confess His holy name. He gives you new life in waters of the font. He grants you riches beyond measure in the forgiveness of sins. And where there is forgiveness, there is life and salvation.

The Advent of our Lord is here. John declares: Repentâ€”the kingdom of heaven is near. Johnâ€™s word makes the paths straight, pointing our minds and bodies to Jesus, the Savior. We have confessed our sins and know the need for forgiveness. This forgiveness is the foundation for the kingdomâ€”and the kingdom is near. Its nearer than when you first believed when He washed you in the saving flood, for He is here and bless you with holy food to eat and drink. John wants you to know this Jesus, who ushers in a new kingdom, rich in blessings.

You may still love John. You may still love the old way of fire and brimstone, sackcloth and ashes, destruction and death. You may still love your sin, your perversity, your hatred. Repentâ€”the kingdom of heaven is near. Change your allegiance. Johnâ€™s bony finger is pointing straight to him. Donâ€™t look to another. Look to the king and His kingdom, Jesus. Be forgiven and healed.