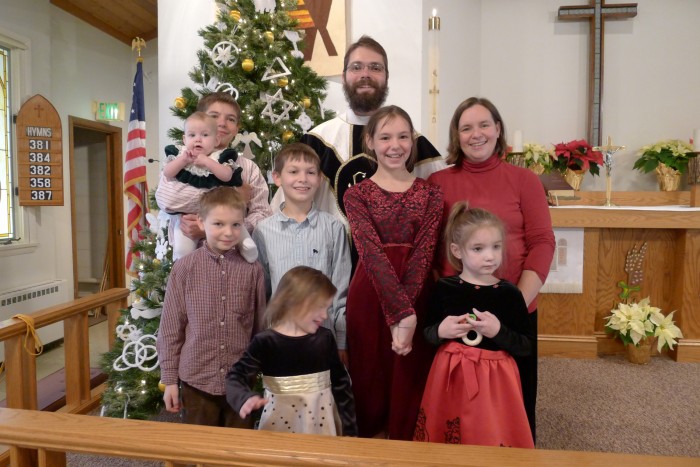 I’m writing to you today to ask you to support funding for tuberous sclerosis research in the Congressionally Directed Medical Research Programs (CDMRP).  Mine is just one of the families in Indiana affected by tuberous sclerosis complex (TSC).

Our daughter Naomi began having infantile spasms when she was eight months old. We had no experience with epilepsy disorders and didn’t know how to react. They grew in severity and we were worried she would injure herself. Naomi was diagnosed with TSC and we were told that she had developed tumors in her brain that were causing her seizures. We were unable to stop her spasms through medication at that time and she continued to have other seizures.

Our only exposure to the disease was its frequent mention on the TV show “House M.D.” but we didn’t know what we were dealing with and what to expect in the future. Most of our learning came through Google searches and later the TS Alliance. Our first neurologist was not familiar with the disease and was learning with us. For the next few years we struggled to find a more knowledgable epileptologist, the right type and dosage of anti-seizure medications, and all the subsequent issues from the seizures. The spasms finally stopped at 30 months when a newly available seizure medicine became available (Sabril).

Naomi is developmentally delayed due to the effects of TSC. We did not know that the seizures themselves were causing scar tissue to develop in her brain. As a result, attends a special needs kindergarten, and requires speech, occupational, and other therapies all due to both her tumors and her seizures.

After Naomi’s diagnosis, we evaluated our other children for the disease. Naomi is our fifth child. We learned that our two oldest children both were having both clinical and subclinical seizures due to brain tumors and required medication and frequent testing. Recently the youngest sibling also was diagnosed as well. To date, four of our seven children are diagnosed with varying degrees of severity. While three of four are responding to medication, Naomi continues to require frequent changes to her medication. She may require surgery to remove her tumors. We have hope that she can become seizure free.

TSC requires all four children to receive regular testing to monitor the development of the tumors in their brains as well as heart, kidneys, eyes, lungs, and skin. These include overnight EEG for seizure activity, MRI for brain, EKG for heart, MRI for abdomen, and eye exams. The required medical treatment and visits are a significant burden of time and stress on our family. We hope for continued research, treatments, and God-willing a cure for this genetic disease that has affected our family greatly.

A cure for TSC remains an elusive goal.  More innovative research must be funded to improve the prevention, diagnosis and treatment of TSC – and ultimately cure the multiple manifestations of the disease.  The TSCRP has funded studies that serve as gateways into gaining a better understanding of epilepsy, ASD, diabetes, cancer and other disorders that afflict service personnel and their families.  Continued funding of the TSCRP will allow Congress to build on the investments it has already made in the program and is essential to support a robust level of grant awards for basic, translational and clinical research, truly providing hope for improved quality of life for all those living with TSC.

On behalf of your constituents who care about finding a cure for tuberous sclerosis complex, thank you for taking time to hear our story about dealing with this terrible disorder and our concerns to make sure that treatments and a cure are within our reach.