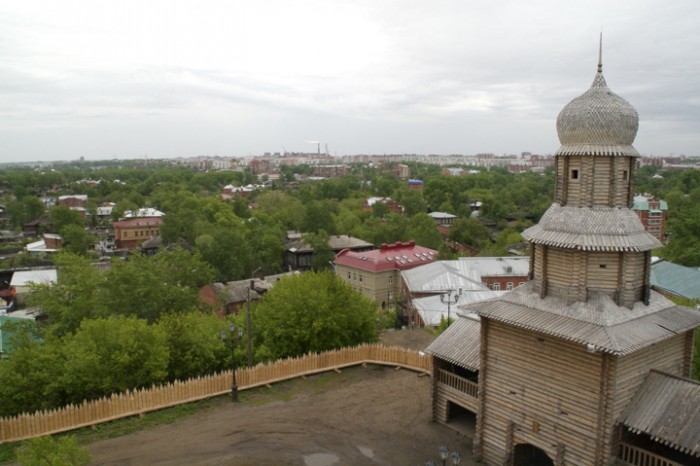 Now we know why they call all this Christ’s Passion. God in the flesh, felt the nails, the thorns, the ripping and tearing and beating, felt the agonies of hell just as keenly as we would. God in the flesh is hanging on a cross. And He’s doing it for one reason: to save lost and condemned creatures from everlasting death.

Christ was that passionate for the lost, that passionate about your salvation. You can hear it in His voice, can’t you, when He says, “It is finished.” Christ’s Passion! He cared that much to be able to say the same to you, to have you with Him for eternity in heaven.

Or did He? Was Christ really so passionate for you? Was Christ’s Passion even really for you? Or was it just for some of the lost? Say what?!!

Many Christians believe that Christ’s Passion wasn’t really for everyone, or at least Christ wasn’t passionate in quite the same way for some as for others. Many of these are even neighbors to us, celebrating Good Friday but arguing that its only good for some. How’s that?

Everyone loves a good story—especially of a poor soul who is lost then found. Consider the widow and her lost coin. Or the shepherd who goes after the one lost sheep among the ninety-nine.  Those parables were enacted for real during our Lord’s passion. We certainly have that with the penitent thief on the cross. From the very edge of hell—forever and ever and ever—maybe only minutes away, suddenly our penitent thief has Paradise. Labored, no doubt, as each breath comes with great pain, but sweet, and with quiet conviction. Jesus is passionate to save this man.

But what about those souls who are never found, who remain forever lost? Like the guy on the other cross. Was Christ passionate about saving him? Did Christ’s Passion even count for him?

John Calvin, who lived about the time of Luther, and the Reformed branch of Christianity, from which Presbyterians and many like United Churches of Christ come, would say Christ’s Passion didn’t count for him. The idea is called “limited atonement,” that Christ’s death only atones for, only reconciles to God, those whom God predestines for salvation. Everyone else, everyone who doesn’t come to believe, Calvin said, was predestined for hell. That was that. You didn’t know exactly who that might be, but, of course, then, you couldn’t know for sure for whom Christ did die.

Lutherans certainly reject that idea. St. Paul writes that God “desires all people to be saved” (I Timothy 2:4). Christ’s Passion was for all, even for those lost who are lost forever.

Not that long after Calvin, there was a man named Arminius. Many Baptists and Methodists follow his position. He was horrified with Calvin’s idea that God would predestine some to hell, so he said the reason some are lost forever while others are saved is because there’s something in one person that’s different from another. Maybe one person is willing to let God save her, or maybe one person decides for Christ, while another won’t.

But think about what that would mean. It would mean it wasn’t just Christ’s passion to save the lost that saved them, it was something in them. Apparently Christ wasn’t passionate enough for the lost to do all the saving; He felt He had to leave something up to them. But Paul says again we were all “dead in our trespasses and sins” (Ephesians 2:1). A dead person can’t help save herself.

A similar controversy came up with some Lutherans who took a position somewhat like Arminius,both in Germany after Luther’s death and resurfacing again in America. Those who held the position said that that God chose who would be saved by looking down the line from eternity and seeing who would eventually come to be saved. There’s a Latin phrase for it, intuitu fidei, or “in view of faith.” If God looked into the 21st century and saw you were going to believe in Jesus, OK, chose you for salvation.

Almost sounds like it makes sense but right-teaching Lutherans rejected it. Why? It’s another way of saying something in us has at least a little to do with how we’re saved. Another form, really, of being saved by works. Or to put it yet another way, Christ wasn’t passionate enough to save you to do all the saving.

Consider what that would mean for us. You could say, of course, “I believe, so it’s all fine.” But what about the day when you’re stressed, and you know you’ve really been sinful, and you start to wonder, “Do I still believe?” or “Did I ever really believe?” or “Is my faith what it takes to be real faith?”

If this were your understanding of salvation, you couldn’t say, “I know I’m saved! I was forgiven when I received Christ’s body and blood,” because maybe you’re not one of those for whom that works. Or, “I was saved when I was baptized or when Pastor told me I was forgiven. Maybe I’m not one of those God chose because my faith isn’t real faith.”

Scary stuff! Maybe Christ as He’s hanging on this cross isn’t really so passionate about me. Maybe I’ll actually suffer the kind of hell that he suffered!

But consider what Christ says in the passion according to St. Luke, “Father, forgive them, for they do not know what they do.” Jesus said that to those who were crucifying Him. Sounds pretty passionate, doesn’t it! Did they all believe? Not now. Did they all come to believe? No indication that they did—maybe some yes, maybe some no. Christ was still passionate for them—all of them—even the ones who would still be lost forever. Not only was Christ’s passion for all the lost, but Christ was passionate for all the lost, all the lost.

That means Christ is passionate enough to do all that’s necessary to save everyone. The penitent thief didn’t have something special in him, even if we’d like to think so. He was really wicked; in fact, you know, earlier this very day on the cross, he was blaspheming Jesus, too. It was Jesus’ passion for him—nothing else—that saved him.

That means He is passionate about me, passionate enough to let me be absolutely sure of my salvation. Yes, what you see here today, your Lord suffering the torments of hell on the cross, is for you! Yes, Christ’s Passion is sufficient to pay for all of your sins, enough to buy you Paradise! Yes, Jesus is passionate enough for your salvation not only to earn it for you on the cross, but to deliver it to you in His Word, in your baptism, in His true body and blood, in your pastor’s word of absolution. Yes, you here today—all of you—can be certain of your salvation! You were lost, but you are found.

That also means that Christ is passionate for everybody else out there. When Christ’s Passion is laid before us, when we see Christ on the cross today, and we hear this: In His passion for us Christ has given us eternal life, then, dear friends, Christ’s passion for the lost—all the lost—has just found you.