Well, I decided to spring for the pay WiFi here in the pension in Leipzig to check e-mail and give you all an update. I think some of the shops have free WiFi but I’m lazy, worn-out, or both. It’s 8:38 p.m. but my body is unsure if its not really 11:38 p.m. (Moscow) or 2:38 a.m. (Novosibirsk.) I can’t blame it. Time zones are natural but rapid movement between them is not. We left our apartment in Novosibirsk at 4:15 a.m. on Monday. We landed in Moscow around 9 a.m. It took us until 11:15 a.m. to get on our way from the hotel to make way to Red Square. The traffic report was horrible. Thankfully it was a little off. We arrived at Red Square around 1 p.m. I’m getting ahead of myself. The hotel is bizarre. Apparently it was built for the 1980 Olympics. It didn’t have an elevator for the first three stories. It was basically three separate buildings with two bars and a restaurant. More bizarre is that the place probably had 900 rooms and we saw maybe 20 people the whole time we were there. Oh, and it was in the forest and in a gated community. Weird.

Moscow is much different than St. Petersburg and definitely Siberia. For one thing, its wealthy. They are building big houses in the woods which are $200-500k houses in suburbia Chicago and are probably even more here. We saw many German automobiles and expensive ones like 700 series BMW and Mercedes. (Contrast this with middle-income Novosibirsk and the plethora of Japanese cars.) In our drive into the city, we saw more boutique stores than one can count. (There was an IKEA though for us plebeians.)

Red Square was worth getting off the plane. St. Basil, Lenin’s tomb, and the Kremlin were all worth the three hour whirlwind tour and three and half hours of traffic jam driving. The hotel wasn’t cheap but apparently nothing is cheap in Moscow. 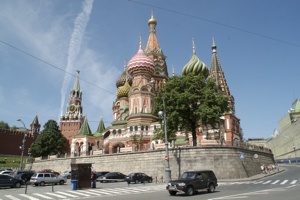 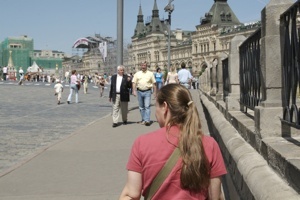 Anne on the square. 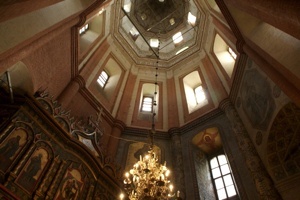 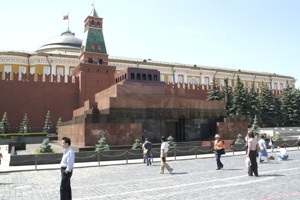 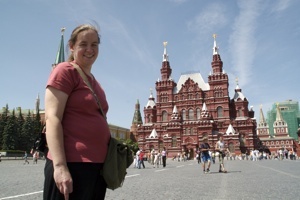 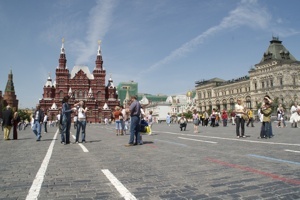 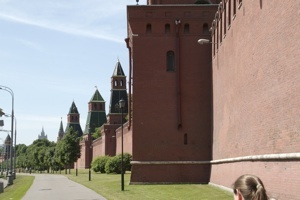 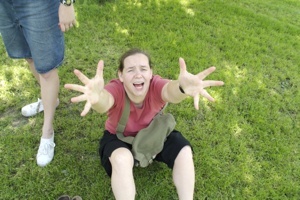 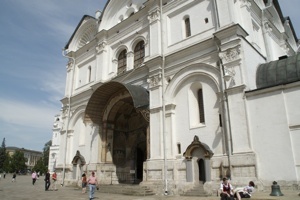 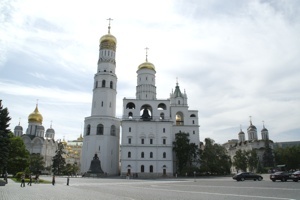 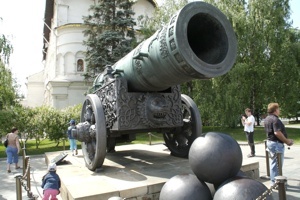 Back outside the Kremlin.

We woke up early for our flight to MÃƒ&frac14;nich. We left our hotel in Moscow at 3:30 a.m. on Tuesday morning and arrived in MÃƒ&frac14;nich at 6:30 a.m. (three hour flight with three hour time change.) We made our connecting flight easily (7:30 a.m.) and arrived in Berlin shortly before 9 a.m. We had a little comedy with our transfer. To MÃƒ&frac14;nich, Anne was in seat 28F and I 28E. For our connecting flight, Anne was 28E and I 28F. Funny thing is, the Lufthansa planes are named with a region of Germany. After we traversed the whole of the MÃƒ&frac14;nich airport, lo, and behold, we board the same airplane. The flight crew recognized us and added a little humor to our day. As with our flights to Siberia, Lufthansa has had great meals, and service. I look forward to a pleasant flight back to the States soon.

Both Anne and I are homesick but we wouldn’t want to miss this opportunity. (We’re already in Germany so our only costs are traveling, food, and lodging to see the Luther / Bach sites. Its a good deal. Oh, and my cousin Angela arranged for our accommodations. So far, so good and affordable!) After arriving in Berlin, Tegel (a wonderfully designed and efficient airport BTW), we picked up our Peugeot 407SW diesel compact wagon. No events leaving Berlin except a little traffic. I think I’ve figured out this autobahn thing. I’m not sure about the speed markings so I tend to stick with traffic which sometimes is around 100 mph. Nice and fun with their well-maintained roads. We watched the countryside and remarked how “midwestern” the topology is.

We had some hiccups navigating the streets of Leipzig to find our pension (like a bed and breakfast) but managed to get here around 11 a.m. or so. We had some issues finding an bankautomat but resolved that and set out to see the important historical Leipzig sites. We walked through the Bach Archives Museum, seeing original manuscripts, documents, instruments, and such. After this we, traversed to St. Thomas Kirche where Bach was the kantor for most of his professional career. We were a little disappointed that the annual Bach festival was running later in the week and we’d miss it. Fortunately, we managed to audition thirty minutes of the St Thomas Boy’s Choir and professional orchestra with period instruments rehearsing for their performances this weekend. I was sitting mere feet from Bach’s burial spot at the high altar, listening to his composition, playing in his venue, with period instruments and top-tier boy’s chorus. 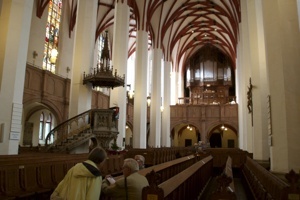 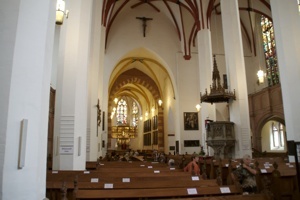 Anne was running out of steam and getting chilly (a little cold front came through) so we went across the Markt to Nikolaikirche, a more Romanesque church. 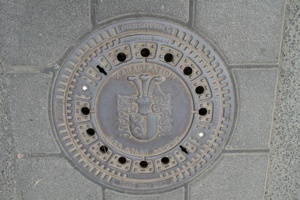 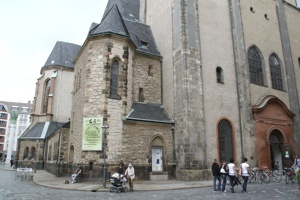 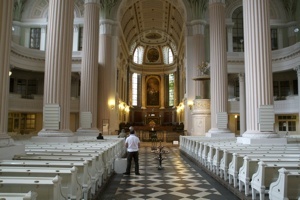 By this point (3 p.m. or 9 p.m. Novosibirsk time!) we’re quite hungry from our travels and go to find the recommended place. They were just opening up so we walked back to the pension, took a short nap, changed into warmer clothes and walked back for a nice dinner of regional beer and wine, Saxon steaks, and terrific tarts with ice cream for dessert. Back at the apartment, Anne crashed watching German TV and I’m just about done too. 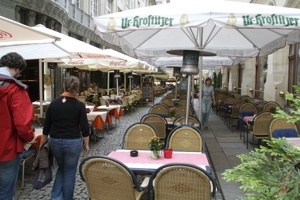 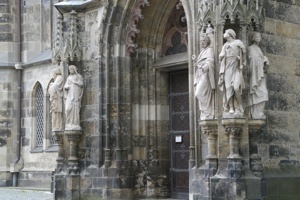 Tomorrow is a visit to Eisleben (birth and burial of Luther) and on to Erfurt where we are staying (and will be our launching pad for two days.) There’s only 20-30 km of autobahn on the trip so most of it will be country villages. I’ll try to get Anne to grab a couple shots of farms and such but no promises. So… we’re safe, sound, and in Germany. The people here look more familiar, the food is familiar, and the driving is similar to the States albeit faster. This is proving to be a fine way to wind down from the whirlwind Siberia and Moscow legs.