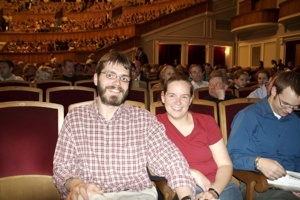 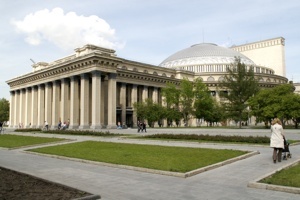 On Tuesday evening we attended the ballet of Novosibirsk. The company was formed in 1945 during the blockade of St. Petersburg. The ballet company there was evacuated to Novosibirsk. After the blockade ended, many remained here and formed a new company. It is not quite the Bolshoi but its considering one step back. Neither Anne nor I have ever attended a professional ballet. Our ability to criticize is limited. But more on that later. 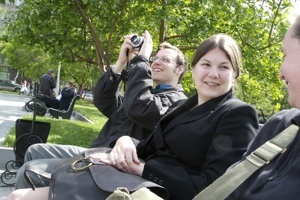 While we waited for the second vehicle to arrive, we enjoyed the beautiful weather. (The next day was rainy and cold.) 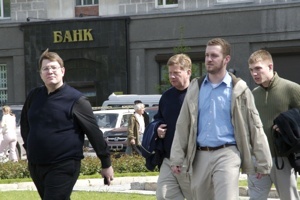 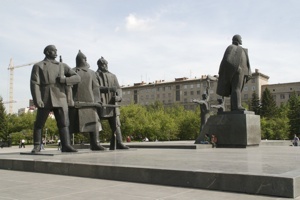 “In Soviet Russia…” Once again, they love their monuments. 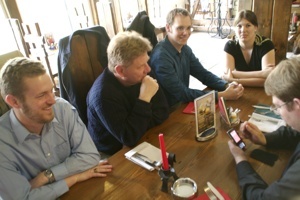 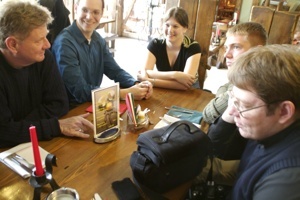 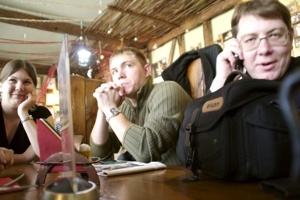 It seems odd to me to eat Italian food in Russia. yet we went for pizza before the show. The pizza was excellent. We went to the grocery on the way to the show to pick up communion wine. (No joke! The women like how it tastes. Its a traditional style and used by the Russian Orthodox church too.) 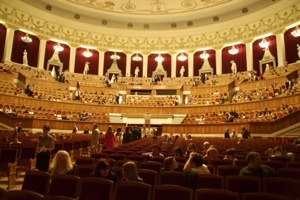 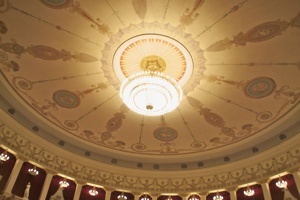 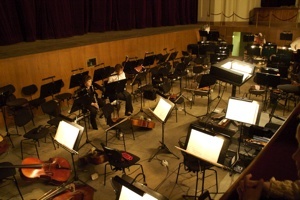 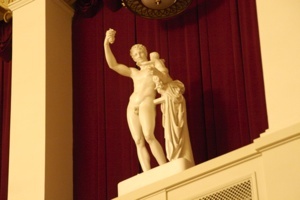 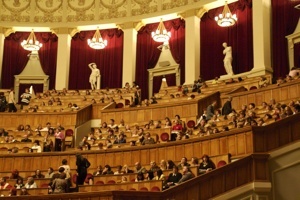 The theater was only recently renovated in 2000 for its fiftieth anniversary. It is used for the opera and for the ballet. Stalin loved the Roman style and apparently assimilated it into the buildings he constructed. The acoustics were nice and our seats were terrific. (We were on the first row. These aren’t the most expensive tickets but close. They were 500 rubles or roughly $20. I don’t think we could go to anything in the states for that kind of money. We definitely couldn’t see anything of this caliber.)

The production was “Don Quixote.” Unfortunately there were no pictures during the show (and they wouldn’t have been too good anyway with stage lighting.) The quality of performance both musically and ballet was terrific. The lead dancers were excellent. I didn’t know if I’d care much for ballet but this classic show was accessible. There were no words so there was no language barrier. The show was four acts with three intermissions, complete with obnoxious bell. We were seated by 6 p.m. and left by 9:30 p.m. I’d do it again and I think the kids we love it too.

Wednesday was nothing too special. We had an extra hour of class to accommodate our translator’s absence on Thursday afternoon. I’m not sure what we’ll be doing with our free afternoon. We might go shopping for icons or something. I’m trying to play catch up with the course work but I’ll have to pick up those pieces when we return. Anne and I are trying to enjoy our time here at the expense of doing reading and writing papers. It would be negligent to do otherwise.