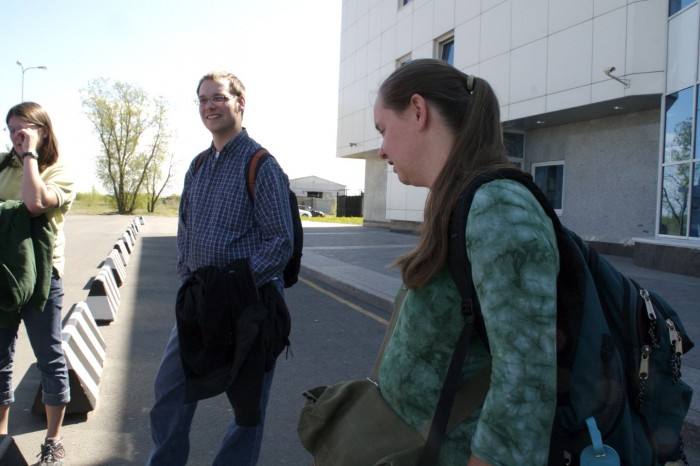 Not really. Nowhere in the Gospels do we find a more harsh, stand-offish, and downright nasty Jesus. He flat-out ignores you, excludes you, and then considers you less than human, nothing more than a house pet. This isn’t the take-you-by-hand, carry-you-in-your-arms, guide-you-to-living-waters Jesus. Yet, the man who is so contrary to our hopes, is the man who has withdrawn to the region of Tyre and Sidon.

I suppose we don’t want a Jesus who deals with us as we deserve. And make no mistake, we deserve to be ignored. We deserve to be excluded from the chosen people. We deserve to be considered one of the beasts. Yeah, we hear about it every week. “I’m a poor miserable sinner.” Blah, blah, blah. I’ve heard it all before. Pastor blathering on and on about this sin and that sin. The Ten Commandments, deca-what?

So it is with most. They hear the Holy Word of God and they do not feel its crushing blows, its stinging prick, or devastating steamroller of condemnation. And I expect there have been many times in your life where you have done the same. You have said, “Surely God doesn’t forbid THAT?” Or “But I’m a child of God, I’m free now to live as I please, right?”

Some would exclude Jesus from this Word. They argue that Jesus is all about the good news, the Gospel, and freedom. He wouldn’t treat me like one of the heathen, exercise his wrath upon my flesh, cast me out into the darkness, right? He’s my friend and its just alright with me.

This leads to all sorts of nonsense. In most of mainstream America, Jesus is viewed as the great liberator who frees us to be thieves through internet downloads, adulterers with weekend trysts, pursuing happiness with greed and shame. We are freed to ignore the Lord’s Sabbath, attending to His Word when and where we feel like it. We are loosed to swear against the Lord’s name, since its part of our popular lingo now.

That’s not the Jesus that confronts us in today’s Gospel. Today the real Jesus stands up.

Jesus has been busy restoring the house of Israel. He’s so busy that he’s shut off his cell phone, sent away his disciples early, and gone to a desolate place for a nap. Jesus is the quintessential pastor. try as he might to get a break, there is no rest for his weary body. He gathered some five thousand men plus women and children to hear his word and receive bread and fish. They received it to their fullness, even twelve baskets left over. Israel in abundance and Israel restored.

He still tries to get away. He and his disciples dismissed the now fat and happy crowd, getting into a boat to escape. Jesus remains so tired that he can’t sleep. In the middle of the night, Peter and the disciples catch him on a evening stroll—on the water. Ol’ Peter lacks the spiritual gift to follow him and his sandals become water shoes. Our Lord saves him and they worshipped him throughout the night.

Jesus is now going on at least 24 hours without sleep. Then, our friends the Pharisees and scribes show up. That’s a recipe for disaster. Just like last week where hunger and the lust for power couldn’t get the best of him, neither can insomnia. These proper Israelites want to trap Jesus. They want him to forsake his heavenly Father’s commands for the sake of traditions. Not easily trapped, Jesus counters their argument, revealing their true hypocrisy. “This people honors me with their lips, but their heart is far from me; in vain do they worship me, teaching as doctrines the commandments of men” (Matthew 15:8-9).

There are all sorts of commandments of men. Especially during Lent, you’ll find piety turned into pietism. The Lenten fast becomes THOU SHALT NOT eat red meat on Friday. Commandments of men, taken in through body are just as Jesus says. “Do you not see that whatever goes into the mouth passes into the stomach and is expelled?” So it is with traditions. They’re good but have no lasting benefit. They don’t usually defile but they don’t reveal the heart either. You can act like a Christian all you want, making a show of your piety but in the end, “what comes out of the mouth proceeds from the heart, and this defiles a person. For out of the heart come evil thoughts, murder, adultery, sexual immorality, theft, false witness, slander. These are what defile a person” (Matthew 15:18-21).

While there is the Pharisee and scribe in us, we are more like the Syrophoenician woman, as St. Mark calls her. This woman of Canaan is the true example of the kind of Israel just will gather. His Israel are outsiders, from Tyre and Sidon. They can’t be called his children, having no common relatives. Their children are demon-oppressed, suffering from addiction, clinical depression, and unbelief. All the constant harassment from the Word makes them feel worse than a dog, cowering in the corner, hoping this Sunday their master doesn’t beat them and even just a little crumb of the goodness of God would fall to them.

The Canaanite woman still has the taste of bile in her mouth from the the insults of her heart. The evil thoughts, the hate, the lust, the coveting, the mocking have corrupted her from the inside out. She is ashamed and she knows she is cursed.

But she is not like Peter whom the Lord rebukes, “O you of little faith, why did you doubt?” (Matthew 14:31) She is is not like the Pharisees and scribes who are illegitimate growths, not of the Lord’s planting. “Every plant that my heavenly Father has not planted will be rooted up. Let them alone; they are blind guides” (Matthew 15:13). She is the true faithful Israel.

She comes to the Lord, not in puffed-up pride or shored-up self-esteem. She crawls to the Lord as an infant, begging and pleading. “Have mercy on me, O Lord, Son of David; my daughter is severely oppressed with a demon.” That’s serious business and serious faith. She invokes the two great names, the Lord, that is, the God of the universe, and Son of David, the Messiah of all people. “Have mercy” she says, kyrie eleison.

But he did not answer her a Word. Silence. Deafening silence.

Undaunted, she persists. “Have mercy,” she pleads. And his disciples came and begged him, saying, “Send her away, for she is crying after us.” He answered, “I was sent only to the lost sheep of the house of Israel.” Rejected.

She doesn’t care. She knows her Lord and she has faith that he is merciful. Her daughter is possessed and only the Word made man can do the exorcism. But she came and knelt before him, saying, “Lord, help me.” Kyrie eleison. Lord, have mercy!

Yet, even on her knees, pleading to the Lord to be the Messiah she needs, he answered, “It is not right to take the children’s bread and throw it to the dogs.” Dog, you just called me an animal. Ignored, rejected, and now utterly insulted, her faith remain undaunted. She came humbly and now she is humiliated.

Faith cares not, for God-given faith already knows we are undeserving of mercy. Faith founded in the Lord’s commands knows that we are outsiders, illegitimate heirs. Faith knows that we are abhorrent to God, deserving nothing but wrath and punishment.

Ah, but faith knows the promises. Faith doesn’t flinch under God’s terrible judgement of our flesh. It accepts it freely, as each awful blow crucifies in us our mortal nature. Faith knows that God must put to death this body of death, in order to bring it to life.

Faith knows that God will not abandon us forever. He has promised to love us, to take us into his loving embrace, to nurture us with the bread of life and living waters. Faith knows and trusts. All we hear is “no, no, no.” Faith is the assurance of things hoped for, the conviction of things not seen (Hebrews 11:1). Faith knows that the answer will not always be no, but will be yes.

The Canaanite woman knows this. She said, “Yes, Lord, yet even the dogs eat the crumbs that fall from the masters’ table.” I’m not worthy to come under your roof. I’m not worthy to be called your child. I’m not even worthy to eat the table scraps. Amen, amen. But, you have promised and I’m holding you to it.

The Lord has promised to have mercy and we’ve caught him in his Word. He has adopted us, unworthy as we are. He has and continues cast out the demonic that burdens our flesh. He will redeem us on the last day and welcome us into his new Israel.

Thanks be to God the real Jesus shy away from calling sin what it is. He has revealed the darkness inside each of us. Yet, so great is this faith that it doesn’t leave us condemned. It opens up our hearts to the Word, creating life where there was death. This life pleads, “Lord, have mercy on me, a sinner.” It prays for mercy without ceasing.

For a time, our Lord’s voice says “no.” Yet, in faith, we know and believe his final word will always be “yes.” Yes, you are my child. Yes, I have begotten you through the font. Yes, you will be healed. Yes, your body may see decay and death but I will restore you on the last day.

As a testament to my infinite mercy, come to me. Come on your knees—broken, bruised, and hungry. Come to me all who labor and are heavy-laden, and I will give you rest. Come to me and receive the bread of life, my flesh to eat and my blood to drink … or at least the crumbs that fall from the table. Amen.