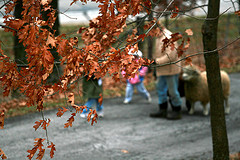 I. The Size of the Gifts

The question has been raised: Why is it that the amount of their gifts is not prescribed for the Christians of the New Testament? Some members of our congregations would like to have the amount set. When they see the results obtained by the Papists, Mormons, and Seventh-Day Adventists by means of their laws on giving, they are inclined to try legalistic methods too. It is not right, however, to use wrongful methods for the purpose of doing good; and we do wrong every time we make demands that exceed the bounds set by the Word of God. In the Old Testament, the tithe was commanded by God; it had to be given. In the New Testament, however, the amount of their gifts is a matter of freedom. The reason why the amount of their gifts is left to the New Testament Christians, and the legalistic ordinance of the tithe has been abolished, is given [in] Galatians 4:1[—3]: “The heir, as long as he is a child, is no different from a slave, though he is the owner of everything, but he is under guardians and managers until the date set by his father. In the same way we also, when we were children, were enslaved to the elementary principles of the world.”

Since Christ is fully revealed, the New Testament Christians are no longer children, but persons who are spiritually of age; therefore, the Christians of the New Testament, moved by the willing spirit of adoption, do the will of God in financial matters far beyond all that done by the people of the Old Testament by force of outward statutes. It is a part of our Christian liberty that we may set the amount of our gifts ourselves.

It is a terrible abuse of Christian liberty, however, if the Christians use their freedom from the tithe in such a manner that as little as possible or nothing at all is given Christ for His kingdom. They then use their liberty as a cloak of the maliciousness of their flesh. They are then doing that against which the apostle warns with the words “As … free, not using your freedom as a cover-up for evil,” 1 Peter 2:16.

God has removed from the New Testament Christians the yoke of bondage, of force, of the tithe, for the purpose and with the expectation that they serve Him not less, but more; that they bring their offerings, willingly, in the beauty of holiness; that they place all they possess at His disposal, and actually hand over to Him at all times whatever He may be in need of. And, behold, they disappoint God, so to speak.

The Lord had His troubles with the Jews, who cheated Him in the tithe and tried to curtail either the quantity or the quality of it. Read, for example, Malachi 1:8; 3:8ff. The [latter] passage reads, “Will man rob God? Yet you are robbing Me. But you say, ‘How have we robbed You?’ In your tithes and contributions.”

In the same way, God has His troubles with the Christians today. He freed them from the tithe with the intention that they might serve Him more diligently in this freedom. But they abuse the liberty. Instead of giving God eleven percent of their own free will, they use their liberty to satisfy God with one percent or less.

Someone has said, and not incorrectly, that the weakest Christians should begin there where the Jew stopped, namely with ten percent, in order, according to his Christian liberty, to strive continually for a higher goal. There are those among us who do this. But we must also complain with Luther: Very many Christians use their liberty for a cloak of maliciousness.

This abuse of Christian liberty is found, of course, also in the apostolic Church, and Paul labeled it an insult to God, with the words “Be not deceived, God is not mocked!” [Galatians 6:7]. The context plainly shows that the apostle is here speaking of Christian giving. The flesh of the Christians in the apostolic Church was just as malicious as is the flesh of the Christians in our own time. For that reason the apostle uses such strong, terrible words: “Do not be deceived: God is not mocked.”

The abuse of Christian liberty with respect to giving for the Gospel, which we have in so rich a measure, is found also among us. We would have to close our eyes to the evident facts if we would not admit this; and we must, with the grace of God, seek to abolish it. We owe this to our Savior, to our Church, to ourselves, as we shall see.

– Continued from On Christian Stewardship: The Gifts of the Christians
By Francis Pieper
Translated by W. G. Polack